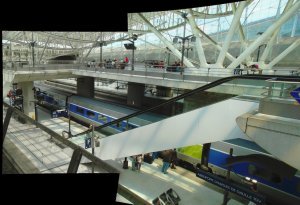 TGV train ticket prices vary from 35€ to 47€ each and can be purchased ahead of time from OUI.SNCF. 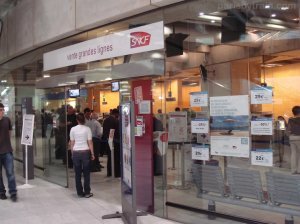 Ticket purchases for the TGV train from CDG to Disneyland Paris can also be made directly at the airport train station from the Grandes Lignes section of the ticket office. CDG to Disneyland Paris train tickets can also be purchased from yellow ticket vending machines available throughout the station. But, keep in mind that most North American credit cards without embedded smart chips nor PIN number protection will not work with these machines. These TGV ticket vending machines will appear similar to the ones shown in the photo below. 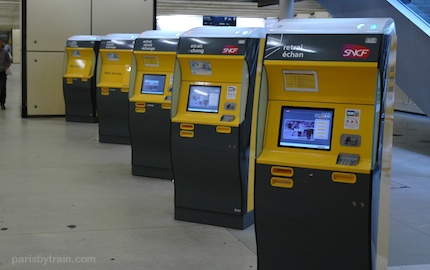