Where to Buy Navigo Day Pass

You can buy “Navigo Jour” Day Pass at any Paris Metro, RER or Transilien ticket office throughout Paris, CDG/ORY Airports and any of Paris’ major train stations: 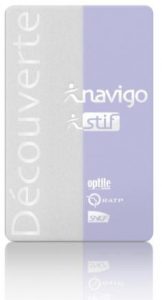 Navigo Jour Day Pass prices range from 8.45€ to 20.10€ per day, depending on Paris fare zones of coverage you buy for the day pass.

To buy a Day Pass you need a Navigo Decouverte card (buy for 5€ if you don’t already have one) and then buy / load up to two day passes onto the Navigo card choosing 2 options for each day: a) zone coverage b) when you want the day pass active (up to six days in the future):

How to use Paris Day Pass

With an active Navigo Jour / Day Pass loaded on your Navigo physical contactless smart card (either a Decouverte or a Navigo Easy preloaded ticket card), you approach the fare gates which are either turnstiles with rotating bars, or gates which slide apart in the middle and retract sideways to allow you to pass through.  There will be a purple tear drop reader zone on the fare gate, this should be on your right (otherwise you’re opening the neighboring gate), usually on the top or angled surface facing towards you which is where you tap/hold your day pass on for verification/validation of an active Day Pass on your Navigo card. Once the validation has completed you’ll hear a dinging noise emitted and the turnstile will unlock or the gate will swing apart allowing you to pass through towards the train platforms. 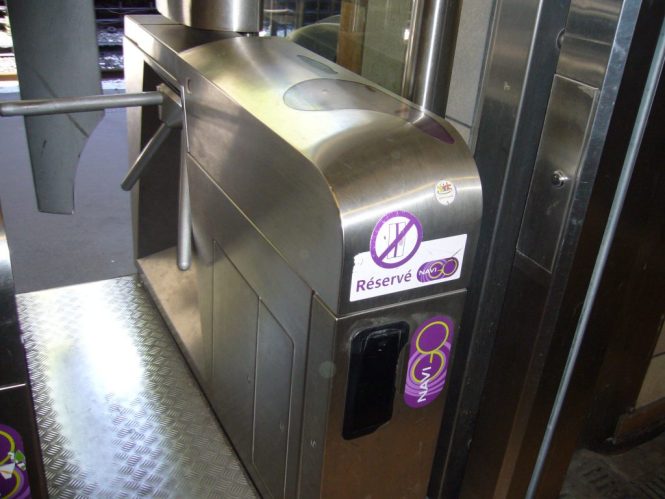 Upon arriving at your destination station you may need to use the Navigo Day Pass again, presenting the card at the purple reader zone on the fare gate in order to unlock the gate to pass through and exit the fare-paid zone.  Some exits of stations don’t need validation of the Navigo card for exit and are simply pressure sensitive or light activated gates which allow you to pass through when present.

Why use a Day Pass