Update: These paper coupon-style tickets are gradually being phased out with the introduction of Navigo Easy, a preloaded Paris travel card for visitors and residents and Navigo Liberté+, a monthly billed pay-per-use card for residents. Sale of paper Paris Metro tickets like the one pictured above will continue until end of 2025 when sales are scheduled to stop. 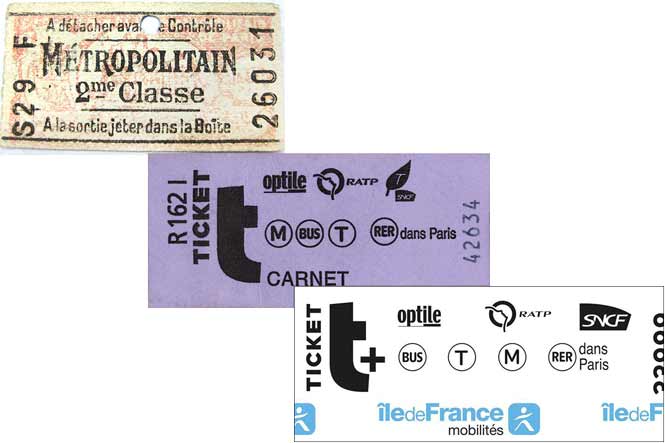 Paris Metro tickets are valid for travel on Paris transport/transit including:

Notice that there are no “and“s in the above list. That’s on purpose. You can’t mix any of the above transfer situations.

Special note: single transit tickets purchased on buses, directly from drivers are not valid for any transfers at all and cost 2.50€. With these tickets you will not be able to transfer to another bus nor tramway.