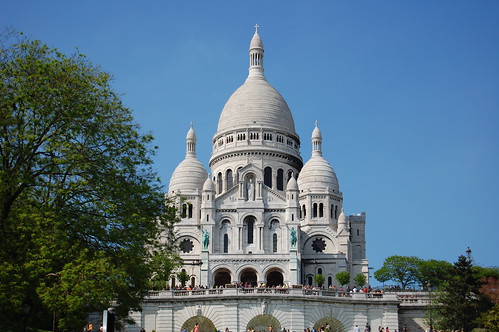 The closest Paris Metro stations to the basilica Sacre Coeur include:

As Montmarte is quite a hilly area of Paris, a cable car (Funiculaire de Montmarte) is available to take you from the base of the church grounds to the entrance of the basilica. The cable car fee is included in regular Paris Metro tickets and passes. (Photo by Edwin.11) 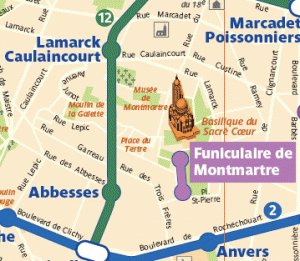