A friend of mine recently became a fan of TED (Technology. Entertainment. Design) and it led me to watch this 18 minute talk on creative genius by Elizabeth Gilbert, author of Eat, Pray, Love.  She talks about inspiration, where it comes from, how people deal with it, and offers an idea of how to we can channel it as a positive force rather than a destructive one (often afflicting tormented artists). 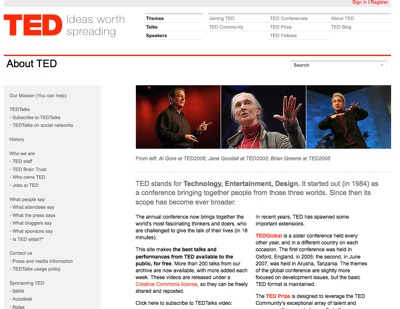 It’s quite an interesting, if not inspirational, talk in itself and I recommend it for a watch to anyone who has to deal with the creative process in their work (hopefully all of us).

For me personally, Paris by Train draws its inspiration from the belief in spreading knowledge and having a positive impact on people’s lives.  One of the biggest effects I hope this site has is to reduce anxiety.  It can be a tough thing to set foot in a country where there may be serious barriers to communication.  The idea of not being able to get to shelter or to feed yourself due to an inability to simply communicate is a scary thought. And to some it is enough to stop cold any ideas or dreams of visiting far off places to experience different cultures and perspectives.  So, Paris by Train is my small stab at helping make this leap of faith by travelers a little bit less scary, allowing them to focus on the beauty of discovery & learning different places & people.  To help people look forward to such an experience with anticipation instead of anxiety, I think is something well worth the effort.