Here’s a list of common Paris Metro RER train fines you can be hit with by Paris transit ticket inspectors.

What do Paris Metro RER ticket inspectors look like?  Paris ticket inspectors or “contrôleur” can be visually recognized by various uniforms and sometimes only a brightly colored arm-band reading: “RATP Contrôle”.

Paris ticket inspectors will always be carrying a Navigo pass card reader to check validity of zones & dates of coverage such as the one pictured here:

By holding your Navigo pass to the purple reader zone, a Paris ticket inspector can read the type of Navigo it holds (week pass, day pass, month pass, annual), the zone coverage and the three most recent validations against the card. This is useful for determining whether the card holder validated for the current ride on which they are being controlled. 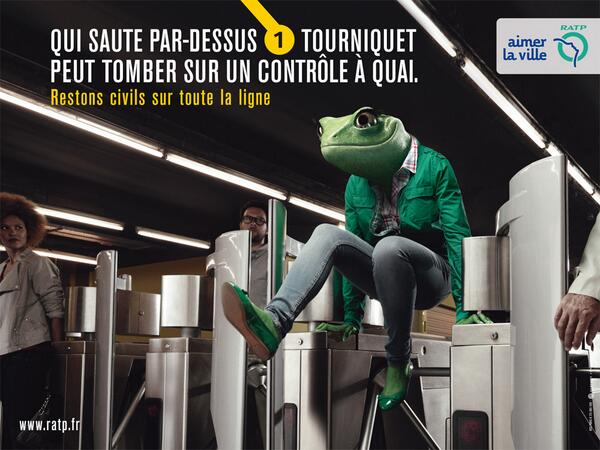 “Those who jump over turnstiles can fall upon ticket controllers at the platform. Stay in line.” – Couresty of RATP