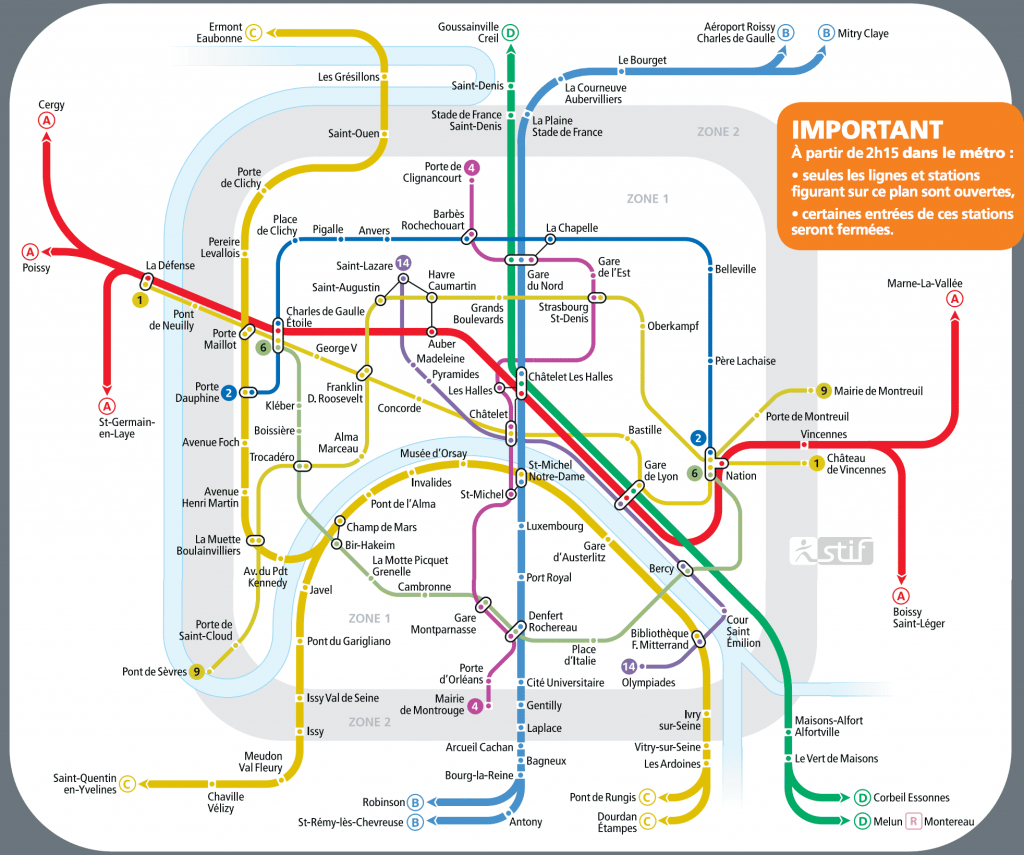 Paris Metro lines operating all night will be: 1, 2, 4, 6, 9 & 14 the evening of New Year’s eve (with reduced service beginning at 02:15 until 05:30 when full service operations / frequency resume). Only the Metro stations shown on the above Paris Metro RER New Year’s Eve map will be open after 02:15 on New Year’s Eve.

Of the stations shown on the Paris New Year’s Eve transport map, only some of the street entrances will be open during the reduced service period, others will be locked.  Unfortunately RATP, the Paris Transport Authority, has not specified which particular station entrances will be closed after 00:30 RER / 02:15 Metro, you’ll simply have to check the nearby entrances.  There should be street signs with the familiar circle M or circle R pointing towards the various Metro & RER entrances at each station 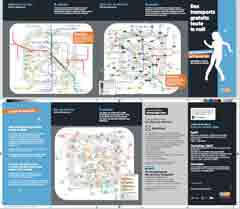 RER A, RER B, RER C, RER D the night of 31 December, with frequency of one RER A & RER B train per 18 minutes throughout central Paris (Zone 1) and outside of central Paris Zone 1 expect 35-60 minutes per train. RER C, D lines will also operate but at 60 minute intervals during the night (or less).

New Year’s Eve Paris Noctilien (night bus) will operate at normal frequency, although four lines will not be running during the evening of December 31st / morning January 1st:

Paris Noctilien Night buses that normally terminate at the Chatelet (very center of Paris) will instead serve an alternate route mostly ending at the major train stations throughout the city.  The affected night buses:

The exact route served by these detoured Paris night buses will be posted on the buses themselves.

(Thanks to Didier Rouger of RATP for some of the above information).